On the surface, this might not seem like much of a big deal but this is the end result of months of planning and a high point we have been aiming towards for a long time. Despite cyber-bullies, baseless legal threats (from said bully), and general unpleasantness from what is likely a single individual in need of a hug, we joyfully saw a project that has run for the last four years become something more.

The formal signing of the Constitution saw the first seven members added to the charity and this was followed by the acceptance of five trustees including the three officers.

Membership of the charity is not required for coming to our events. However, sponsorship by a member and a donation of at least a pound to show you mean it is required to be a member.

It is safe to say that we are hugely thrilled by this new chapter in our community’s history. Not least of all because now the community truly can be owned by the members and I can stop saying “this group is all about you, not me” because now there is a huge constitution that says so with a lot of words.

I am rather hoping that some of our newly minted trustees will feel the inkling to post here too. I am sure that you will grow tired of hearing from me soon enough. Until then, I hope that you will join me in congratulating our new committee and the members that made it all possible.

One thought on “Now we are a charity”

Join us at our new home as Thanet Creative - being creative for writers of Thanet.
For more information about our Charity visit ThanetCreative.org

Posts from our new blog 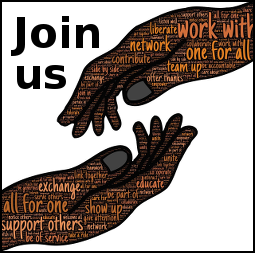 Thanet Creative Writers are just a bunch of local people sharing our love of writing.

We have now simplified our name to better express our commitment to creativity in writing. As Thanet Creative, we moved to a new website.

Please come and join us there.